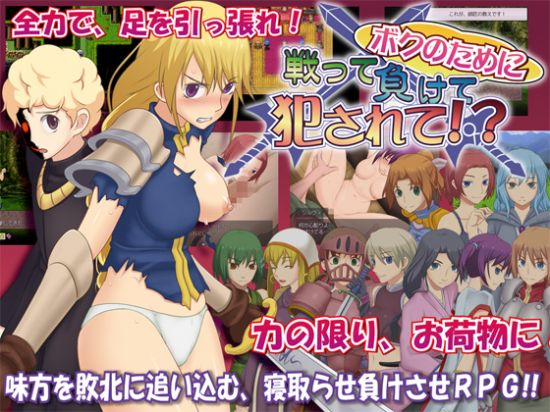 The RPG where you devote everything to... sabotaging your allies!?

In this game you don't have the usual battle commands of Attack, Defend, Escape...
Instead, your options are Watch, Interfere, and Item.
What... what's the goal here again?

[Story]
His beloved female knight was taken hostage and utterly ravished.
Seeing that broke something in the hero... awakening a cruel fetish!
Now he wants to put women in harm's way so they'll fight fruitlessly to protect him...
when what he really wants to see them suffer!